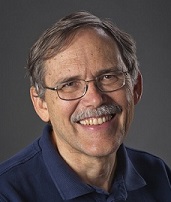 Terrence L. “Terry” Blevins has been actively involved in the application and design of process control systems throughout his career. Terry was instrumental in the establishment of Emerson Process Management’s Advanced Control Program. From 1998-2005 Terry was the team lead for the development of DeltaV advanced control products. From 1994-2013 he was the Fieldbus Foundation team lead for the development and maintenance of the Function Block Specification and editor of the SIS Architecture and Model Specifications. Terry is the US expert to the IEC SC65E WG7 function block committee that is responsible for the IEC 61804 function block standards. He is a voting member and chairman of ISA SP104-EDDL (Electronic Device Description Language) committee and is the technical advisor to the United States Technical Advisory Group (USTAG) for the IEC65E subcommittee. He is also a member of the USNC TAG (IEC/SC65 and IEC/TC65). Terry coauthored the ISA bestselling books Advanced Control Unleashed (2002), Control Loop Foundation (2010), and Advanced Control Foundation (2012). He has over 50 patents and has written over 80 papers on process control system design and applications. Terry received a Bachelor of Science in Electrical Engineering from the University of Louisville in 1971 and a Master of Science in Electrical Engineering from Purdue University in 1973. In 2004, he was inducted into Control Magazine’s Process Automation Hall of Fame. Terry is an ISA Fellow. Presently, Terry is a principal technologist in the applied research team at Emerson Process Management. 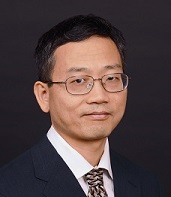 Deji Chen recently joined Tongji University as a professor at the Computer Science Department. His research will be focused on Industrial Internet, which is the continuation of his work at Emerson Process Management, where he was a member of the DeltaV future architecture team. Deji has been involved in process automation for almost two decades. He was among the first people who created OPC. He has worked on different fieldbuses including WirelessHART.

He coauthored the first definitive book WirelessHART: Real-Time Mesh Network for Industrial Automation (2010) and translated the ISA bestselling book Control Loop Foundation - Batch and Continuous Processes into Chinese (2012). In 1999 he received his PhD degree from the University of Texas at Austin; the thesis is Real-Time Data Management in the Distributed Environment. Deji is an IEEE senior member and an ISA senior member. 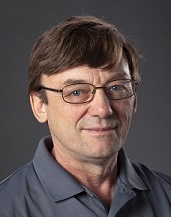 Mark started his career as a systems engineer working on projects in oil & gas, chemicals, and pulp & paper. He moved from Canada to Austin in 1988 where he has held positions in both research and development. He was involved in the inception of DeltaV and was lead architect from 1995 through 2005. In 2006 he took a very active role in the design and standardization of WirelessHART. He is involved in several standards groups including ISA, IEC, FieldComm, IEEE, and OASIS. He is one of the editors for ISA101. He currently leads the applied research group where he is pursuing his interests in control, analytics, wireless, mobile, and advanced graphics. He holds over 150 patents and has coauthored five books on wireless, control, and operator interfaces. He is an ISA Fellow and in 2012 was inducted into the Automation Hall of Fame. He received his bachelors from the University of Waterloo in Canada. 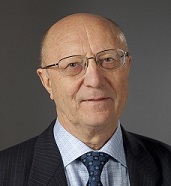 Willy Wojsznis has been involved in the development of advanced control products over the last nearly 25 years focusing on model predictive control, auto tuning and data analytics. Over the previous 25 years of his career he worked on developing computer control systems and applications. His professional work resulted in a number of successful and innovative advanced control products, over forty patents, and over fifty technical papers. He received a control engineering degree (EE) from Kiev Technical University in 1964, an M.S. in Applied Mathematics from Wroclaw University in 1972, and a Ph.D. from Warsaw University of Technology in 1973. He coauthored the ISA bestselling books Advanced Control Unleashed (2002) and Advanced Control Foundation (2012). In 2010, he was inducted into Control Magazine’s Process Automation Hall of Fame. Willy is an ISA Fellow. Presently, he is a member of the applied research team supporting research into optimization, big data and process data analytics.